Have you a love for cinema and films? Are you looking for a career in the media world or film production?

Well, look no further. A postgraduate course in Film Studies might be exactly what you are looking for.

Trying to begin your research into a new course can sometimes be a bit tough and overwhelming. There’s no need to worry, we’ve all the basic information you need to make a start.

What is Film Studies?

Film Studies is an academic discipline that looks at various theoretical, historical and critical approaches to films. It involves exploring the narrative, artistic, cultural, economic and political implications of the cinema.

There are many courses on offer across the UK and many similar to each other but differing in titles and some content they might cover. Some courses may also offer the opportunity to study either part time or full full time. Examples of courses are:

A postgraduate course in film studies will provide the opportunity to study film theory, history and culture and applied practice. Students will acquire skills such as participatory video, sound design, film curation and programming as well as the basic knowledge of film and cinema.

There are quite a number of courses in filmmaking on offer across the UK. These courses have a hands-on approach to film making and look at directing, producing, editing, screenwriting, cinematography and sound. Filmmaking courses are based around more practical work rather than the study of different theories and history such as seen in general Film Studies degrees.

There are many more course options in this field to choose from such as Moving Image and Sound, Film Practice and Film Production, to name a few.

Entry requirements may differ from course to course and University to University. While specific requirements for each course can be found online on University websites and course overviews, the majority of courses will require a minimum of a 2.2 honours degree or some will require a 2.1 in film, humanities based courses or related fields.

Career options from a postgraduate degree in Film Studies include:

Some typical employers of graduates of film studies are:

The salary of a film studies graduate depends massively on who they’re working with, what they’re working on or how often they’re working. For example, working with the BBC or large broadcasters may be a more financially beneficial job as opposed to working as a freelance filmmaker who might not have as many projects as frequently to work on. It is very dependent on these variables. 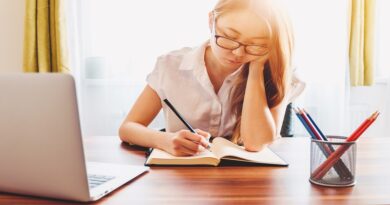 Blackpool and the Fylde College

What is a Postgraduate Degree?